I would much rather do the slate texture than a stone pattern any day. Much less labor intensive than dealing with the stone patterns.

The powder release here is Walnut. The alternative liquid release is so much cleaner, easier and less toxic, but you only get one color.

I've also troweled on other colors, but it doesn't look as natural compared to the powder release, which darkens the impressions.

Also, notice there are no cut joints of any kind. I don't believe they serve a purpose except to collect dirt, but I can put them in for looks. 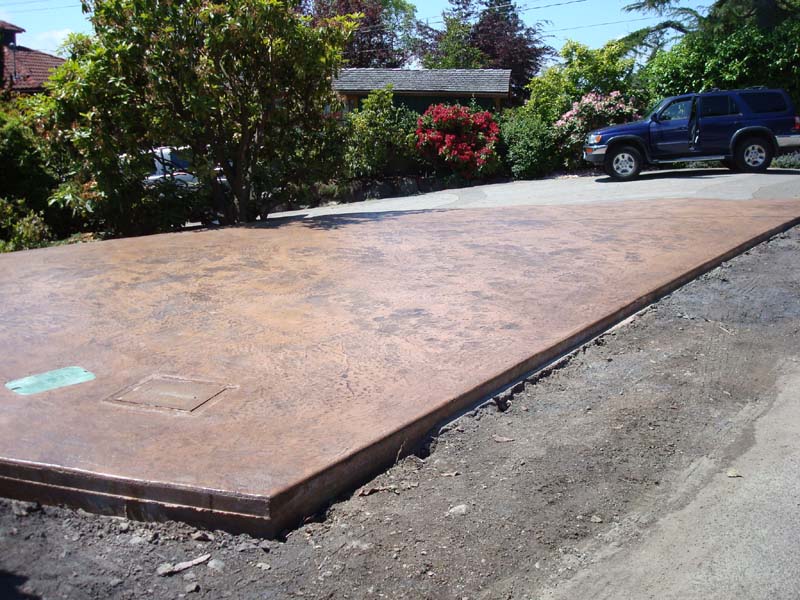